This can imitate the pupae or diving/drowned caddis. It can be fished on the surface, in the film or deep in tandem with a weighted/bead head nymph. This is particularly deadly when the crawling olive caddis emerge in the evenings from Mid-May until the end of June. It can be tied in tan too. 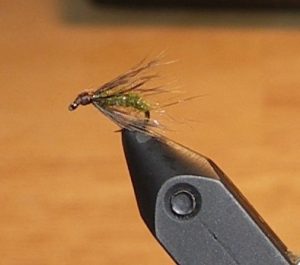 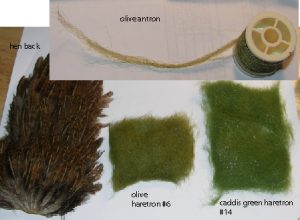